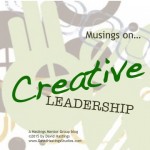 Wanna help your students, ensemble, or cast perform beyond their current potential?  Tired of working so hard to get everyone on board.  Try going back to the 80/20 rule.

When it comes to leadership,
if you inspire 80%
you will perspire 20%.

I’ve never stood before a group that didn’t want to do their best on the project at hand. Truth.  And with that truth I have two choices:  inspire them to greatness, or be silent and thawart their creative energy.  It is a fact of human interaction…

When you acknowledge a behavior
you encourage that behavior to continue.

That’s true in both the positive and the negative.  I know directors who tell their group repeatedly that they are flat. Guess what? They continue to sing flat.

So instead, watch for the things in your rehearsal that are going right and call them out!  Verbalize how you are feeling about their creative efforts at every moment.  If you don’t, human nature is such that your cast will likely assume they are doing something wrong.

Silence is never interpreted as affirmation.

Yesterday was my first meet up with Nic, a new student.  Talented students like Nic are rare. Natural voice. Good Technique. Great style. Impeccable intonation. Yet behind all this talent was a steamer trunk of poor musical self-esteem.

Nic talked about high school. He was the only “non-reader” allowed into his concert choir. The director frequently bounced him from part to part. He was called on to sing in front of the rest of the class at a moment’s notice.

No wonder he had lead weights in his steamer trunk.

Nic was convinced his teacher hated his voice.  In his mind, she bounced him from part to part because she couldn’t find the right place to hide him.  She singled him out for solos because she was hoping he would sing it correctly in front of the class.

As a long-time choral conductor, I recognize the pattern. Nic’s teacher realized she had a gold mine here.  Nic’s amazing ear and vocal flexibility made him a choral chameleon.  He could float an alto line. He had basso profundo pipes, rare in the under 18 crowd. And who doesn’t love a tenor with the musicianship to lead his section? No wonder he was the go-to guy when it came time to demo a difficult passage.

What a tragic miscommunication.  Nic never understood the magnitude of his contributions. He learned his music quickly and accurately, even without reading skills.  He was bounced from part to part, an affirmation of his amazing flexibility.  He was used for demos because he was among the first to get it right.  I’m sure the director was thinking all these things.  But they never came out of her mouth, at least not in a way that Nic was able to hear.

What kind of leader might Nic have been if he had heard affirmation rather than silence?

There is an adage among actors that you must earn every pause in a production.  The same is true for directors.  You must earn the right to critique your performers.

So inspire your people…Always…And then do it again!  Call them to their best artistic and creative selves.  Find what you like in their performances and affirm it.  It will grow.  Tell them often when they are doing it right. You will be amazed as they do even more things right.

Inspire them with your affirmation and positive leadership and they will rise to every challenge you put before them.  I promise!